The Alfresco AGV-56BFG/AGV-56BFGC 56-In.  Grill Cover for Built-In Models protects your grill from the elements. 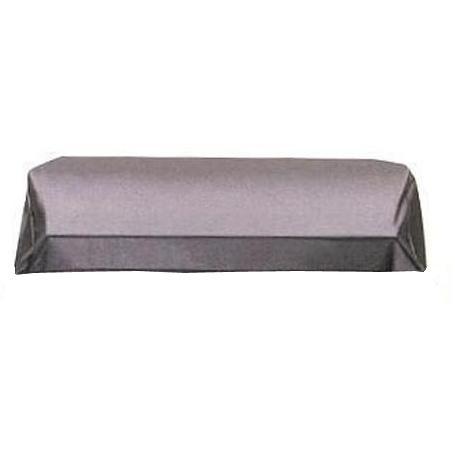 For nearly two decades, Alfresco has set the standard by which all other outdoor cooking products are measured with their now famous ALX2 SERIES Grills. The bar has been raised yet again, as Alfresco continues its legacy of commercial restaurant-quality product innovation in the NEW ALXE SERIES. With updated features, detailing, and aesthetics, it’s never been more exciting to create the Alfresco outdoor kitchen of your dreams.

Alfresco’s well-seasoned team (pictured above) possess the main ingredient that have made them the recognized industry leaders in the outdoor kitchen movement – they invented it.

Alfresco principles Jeff Bernstein (CEO), Jeff Elliott (COO), Edwin Hovsepian (CFO), and Seiden (VP Sales & Marketing) have worked alongside one another in the food services industry since the 1980’s. It was Elliott who, in fact, built the first Viking range prototype under the team’s earlier banner, Jade Range, a maverick in exhibition cooking and it was Seiden who designed the outdoor kitchen space with Alfresco appliances for the “New American Showcase Home” in 2008.

“The fact that we arguably produce the best product out there,” notes Jeff Bernstein, also CEO of Alfresco’s parent company Superior Equipment Solutions. “We continue to push the envelope which allows our customers to expand their personal dreams for their homes.”

Whether it is your outdoor kitchen design or that of NY Yankee Derek Jeter’s, Alfresco’s winning combination of passion, expertise, innovation and an unparalleled level of quality in the residential outdoor kitchen appliances/design has landed Alfresco on the pages of “Cooking with Paula Deen,” “Casual Living,” “Luxe: Interiors + Designs,” “Delta,” and “Food and Wine” magazines, among others. “I love that we are American manufacturers who make a fabulous product that competes in a world market,” adds Elliott. “Alfresco systems are built to last.”

Alfresco Open Air Culinary Systems is based in Southern California. All products are made and manufactured in the USA with the finest grade materials. Superior Equipment Solutions, the parent company, also manufactures the Artisan residential brand as well as several well- established commercial brands.

There are no reviews yet.